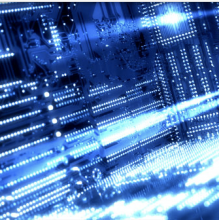 This proposal is to support the acquisition of a new data storage and analysis cluster to support multimessenger astrophysics. The system will consist of 16 analysis nodes and 3 petabytes of online storage, to be hosted at the Rochester Institute of Technology (RIT).  The proposed system will enable the RIT group and their collaborators to store and analyze very large data sets produced by simulations carried out in both local computing clusters and at national supercomputing facilities, such as the Frontera exascale system. The new system will enable highly accurate modeling of compact objects that are key sources of gravitational waves, such as black hole and neutron star binaries and supermassive black hole binaries. These simulations often require years of post-simulation analysis to extract the relevant physics due to their complexity and size.


Astrophysics is currently undergoing an unprecedented transformation with the advent of multimessenger astronomy, which in turn is driven by the recent detection of gravitational waves from several black hole neutron star mergers, and by the avalanche of astronomical data that is now and will soon be collected by a range of powerful new and forthcoming facilities.  Mergers of compact binary systems including neutron stars and black-holes of all mass ranges encode information about fundamental physics, demonstrate the behavior of matter in the most extreme environments in the Universe, give insights into the formation, acceleration and dissipation of the most powerful particle emission processes, provide missing links in our understanding of the end stages of stellar evolution and of their astrophysical origin.  The equipment proposed here will enable research in a broad range of research projects aimed at answering some the key unresolved around these mergers by providing key resources needed to analyze the huge data sets coming from large scale state-of-the-art simulations performed at the NSF's national supercomputers facilities. The new system will allow the team to store and analyze data sets from simulations of black hole binaries of all mass ranges and binary systems containing neutron stars with an accuracy and span of parameters not previously achieved. It will also allow the team to explore a wide range of possible scenarios varying the compact objects masses, spins, and orbital parameters such eccentricity and initial separations, as well as the relevant fluid quantities and microphysics pertaining to the problems. In some cases, this will include data sets from extended pre-merger, merger and post-merger simulations required to adequately understand the launching of jets as well as observed signals.  This new system will also allow the team to host a public data repository to share their results with the larger scientific community, useful for supporting further investigations, such as predicted multimessenger light curves, snapshots of ejecta structure at selected times, suitable for use as initial conditions for longer-term simulations, and tracer-particle trajectories useful for further nucleosynthesis calculations. These datasets will also be relevant for the interpretations of observations by current ground-based detectors, such as advanced LIGO, and similar detectors across the globe, future space-based gravitational wave missions, such as LISA, and upcoming major astronomical observatories such as The Vera Rubin's Large Synoptic Survey Telescope (LSST).