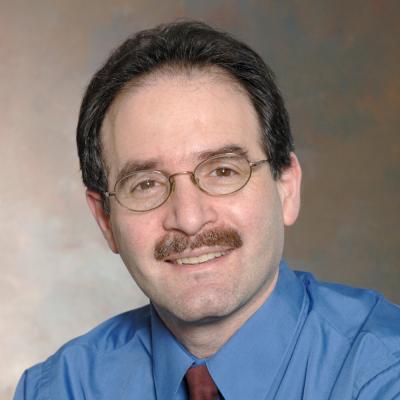 Dr. Steven Weinstein received his B.S. in Chemical Engineering from the University of Rochester and his MS and PhD in Chemical Engineering from the University of Pennsylvania.  He worked for Eastman Kodak Company for 18 years after receiving his PhD.  He is well published in the field of coating, and has focused on thin film flows, die manifold design, wave stability, curtain flows (flows in thin sheets of liquid), and web dynamics; he also has 7 patents in these areas.  He co-authored a well-cited invited review article on Coating Flows in the prestigious Annual Reviews of Fluid Mechanics (2004, Vol. 36). Dr. Weinstein won the CEK Mees award for excellence in research and technical writing (1992; honorable mention 1998), the highest research award bestowed by Eastman Kodak Company, and was recipient of the Young Investigator Award from the International Society of Coating Science and Technology in 2000.  He has served on the board of directors of this society since 2004.  While at Kodak, Dr. Weinstein was also an Adjunct Professor of Chemical Engineering at the University of Rochester, an Adjunct Professor of Mechanical Engineering at the Rochester Institute of Technology (RIT), and an Adjunct Professor of Chemical and Biomolecular Engineering at Cornell University.

Dr. Weinstein joined the faculty of the Department of Mechanical Engineering at Rochester Institute of Technology (RIT) in January of 2007, and along with teaching graduate and undergraduate courses in fluid mechanics and applied math, founded the Department of Chemical Engineering Weinstein in fall of 2008.  In addition to performing his administrative duties as department head and serving on a variety of college and university committees, he teaches chemical engineering courses on material balances in reactive systems, fluid dynamics, chemical thermodynamics, reactor design, separation processes, and applied mathematics. Dr. Weinstein also serves as a core faculty member in the Mathematical Modeling PhD Program at RIT. He maintains his adjunct position at Cornell University, providing guest course lectures and performing research with collaborators there.

Accurate closed-form trajectories of light around a Kerr black hole using asymptotic approximants
An asymptotically consistent approximant for the equatorial bending angle of light due to Kerr black holes
On the summation of divergent, truncated, and underspecified power series via asymptotic approximants
Stability of algebraically unstable dispersive flows
Communication: Analytic continuation of the virial series through the critical point using parametric approximants
Critical Isotherms from Virial Series Using Asymptotically Consistent Approximants
An asymptotically consistent approximant method with application to soft- and hard-sphere fluids
Algorithm for spatio-Temporal analysis of the signalling problem
On the response of convectively unstable flows to oscillatory forcing with application to liquid sheets
Asymptotic Approximant for the Falkner-Skan Boundary-Layer equation