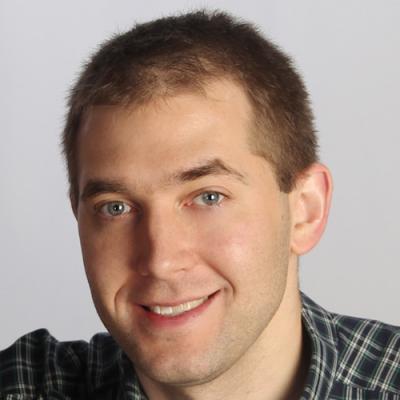 Nate Barlow received his PhD in 2009 from Clarkson University in Mechanical Engineering.  His research background is in hydrodynamic stability analysis (particularly absolute/convective instability classification) and the long-time behavior of dispersive waves in fluids.  From 2010-2014, Nate was an NSF CI-TraCS Postdoctoral Fellow, splitting his time between the Chemical Engineering Department and the Center for Computational Research at SUNY Buffalo.  As a post-doc, Nate helped create the method of asymptotic approximants, a re-summation technique used to analytically continue truncated and/or divergent series. Since joining RIT, Nate has partnered with his long-time collaborator and co-creator of asymptotic approximants, Steven Weinstein, to build a research group of students and faculty with the goal of progressing efforts in asymptotic analysis in general.

Teaching is an underlying theme in Nate’s career. During the first two years of his PhD, Nate was an NSF G-K12 graduate teaching fellow, running weekly science and engineering lessons in K-12 classrooms across NY from the Adirondacks to the Bronx.  During the last few years of his PhD, Nate was a full-time instructor in the Math Department at Clarkson University; In 2009, he won Clarkson’s Outstanding Teaching Award for Graduate Students.  More, recently at RIT, Nate has been recognized for his efforts to bring active learning techniques (such as 3D prints) into math classes, winning him the 2018 RIT Innovative Teaching with Technology Award.   Nate is also the recipient of the 2018 Richard and Virginia Eisenhart Provost’s Award for Excellence in Teaching.

For pictures of Nate's 3D Math prints check out his instagram site:

Accurate closed-form trajectories of light around a Kerr black hole using asymptotic approximants
An asymptotically consistent approximant for the equatorial bending angle of light due to Kerr black holes
On the summation of divergent, truncated, and underspecified power series via asymptotic approximants
Stability of algebraically unstable dispersive flows
Communication: Analytic continuation of the virial series through the critical point using parametric approximants
Critical Isotherms from Virial Series Using Asymptotically Consistent Approximants
An asymptotically consistent approximant method with application to soft- and hard-sphere fluids
Algorithm for spatio-Temporal analysis of the signalling problem
On the response of convectively unstable flows to oscillatory forcing with application to liquid sheets
Asymptotic Approximant for the Falkner-Skan Boundary-Layer equation