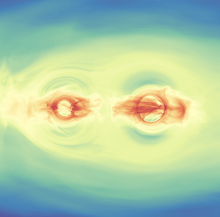 Bothros is a general relativistic ray-tracing code developed by Scott Noble ~\citep{Noble07}.  The code has been used to calculate the electromagnetic emission from a variety of black-hole accretion simulations. The code allows a user to produce time and frequency dependent images of gas and is specifically tailored to systems including single and binary black holes. It approximates radiation as freely-moving light rays---or null-like geodesics---within the system's curved spacetime.  The code uses an observer-to-source approach, shooting photons from a distant pinhole camera in various directions through the source volume.  For a fixed camera location, tracing photons backward is advantageous computationally, as only the light rays received by the observer are calculated.