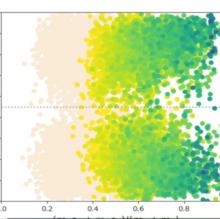 Gravitational waves (GWs), distortions of the geometry and space and time predicted by Einstein's General Theory of Relativity, provide a new window on the universe, allowing us to supplement the range of information available from different parts of the electromagnetic spectrum, for example, from optical and radio observations, from data from cosmic rays and from neutrino measurements. The Laser Interferometry Gravitational Wave Observatory (LIGO) has recently been upgraded to its advanced configuration, with an increased sensitivity which should provide the first direct GW detection in the near future. This project will involve faculty and students of the Rochester Institute of Technology (RIT), who will analyze data from LIGO in the quest for that first detection and the resulting groundbreaking expansion of our knowledge of the universe.

In this project, we will analyze LIGO data to look for signals from two types of sources: rapidly rotating neutron stars (extremely dense objects more massive than the Sun and the size of a city, spinning tens to hundreds of times every second), and binary systems of black holes in the last seconds of the breakdown of their orbits due to GW emission. We will carry out a search for GWs from the low-mass X-ray binary Scorpius X-1 using a cross-correlation technique which was recently shown in a mock data challenge to be the most sensitive search method currently implemented for this target. We will also refine and implement a method to estimate the parameters of compact binary systems using numerical simulations, furthering the synergy between the numerical relativity and data analysis communities. In addition to the search for GWs, visualizations will be produced of gravitational-wave propagation and detection which will aid the general public's understanding of the science done by LIGO.