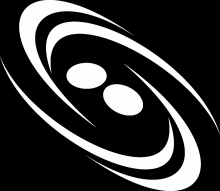 Super-massive black hole mergers are believed to happen with significant frequency, but direct detection through gravitational wave observations remains only a hope for the future. An alternate path toward finding them lies through photon observations of their effects on nearby gas, but little is known for certain about what sorts of light might be produced. To solve this problem, this project is a systematic theoretical study of the electromagnetic output from these events, from the precursor stage of binary black holes, through the event itself, and including the post-merger relaxation phase. Because the quantity and character of the light radiated depends in a fundamental way on how much mass is brought to a given distance from the black holes, coordination between the initial evolution of the system, when the binary separation is large and Newtonian dynamics applies, and the merger itself, when general relativity controls the system, is an essential part of the plan. By enabling conventional telescopic observation of these systems, the aim is to create an entirely new subfield - the astronomy of black hole mergers.

These science goals can be reached only by the construction of a highly-sophisticated computational system. High-performance computation is essential because tracking the dynamics of these events involves simultaneously solving the equations of radiation transport and magneto-hydrodynamics (MHD) in a general relativistic spacetime, as well as the highly nonlinear Einstein Field Equations. Data communication requirements are also extremely challenging because even defining the dynamical spacetime of a black hole merger can require as much as several petabytes. This effort is therefore strongly multidisciplinary because of the multiple kinds of expertise needed: numerical relativity, MHD simulation, data compression, 3-d visualization, and observational astronomy.

This project will have significant additional impact, ranging from training graduate students and post-doctoral fellows in a brand-new interdisciplinary field (fluid motion in dynamical spacetime) to a variety of public outreach efforts. The junior researchers will need to learn advanced computational techniques, including parallel computing, the use of very large data sets, and scientific visualization. Public education efforts will include conventional presentations, the use of simulation animations in multi-media educational programs, and integration of simulation animations into music and dance. The necessary computational developments, such as the planned aggressive data compression procedure, will be of great value to scientists in other fields exploring ever larger dynamical systems.