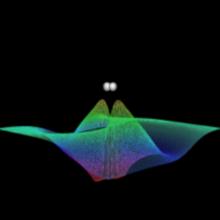 University of Texas at Brownsville

and detectable to cosmological distances. Little is known, however, about their population, formation, evolution, and gravitational wave production.

This research will address certain key aspects of black hole binary systems which are at the current boundary of what is technically feasible and what is needed for successful detection and description of these systems. Work will be initiated to make the numerical simulations of the final plunge of comparable mass black hole binaries run longer and more stably to produce longer and more reliable waveforms for use in data analysis. The goal of this research, which combines analytic and numerical techniques, is to provide a series of increasingly realistic predictions.

This research at the Hispanic-serving University of Texas at Brownsville will aid in the further development of a research environment in which both graduate and undergraduate students can flourish as scientists, by exposing them to timely front-line research in the company of leading postdoctoral researchers from around the world. Such an environment is crucial in allowing a traditionally under-represented Hispanic population to participate more fully in the national and international scientific communities.