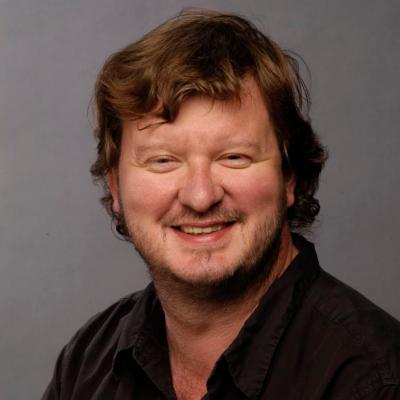 RIT's Professor Hans-Peter Bischof received his PhD from the University of Osnabrueck/Germany. He spent five years researching compiler and language design, and moved from there to research on operating systems designs and distributed systems for a decade. His latest research area, visualization frameworks for scientific data, incorporates all three previous research areas. His visualization framework is a distributed operating system known as Spiegel that is programable in different specialized programming languages. His visualizations of numerical relativity simulations have been used by the History Channel, for a show entitled "The Universe: Cosmic Holes" and a number of science magazines.