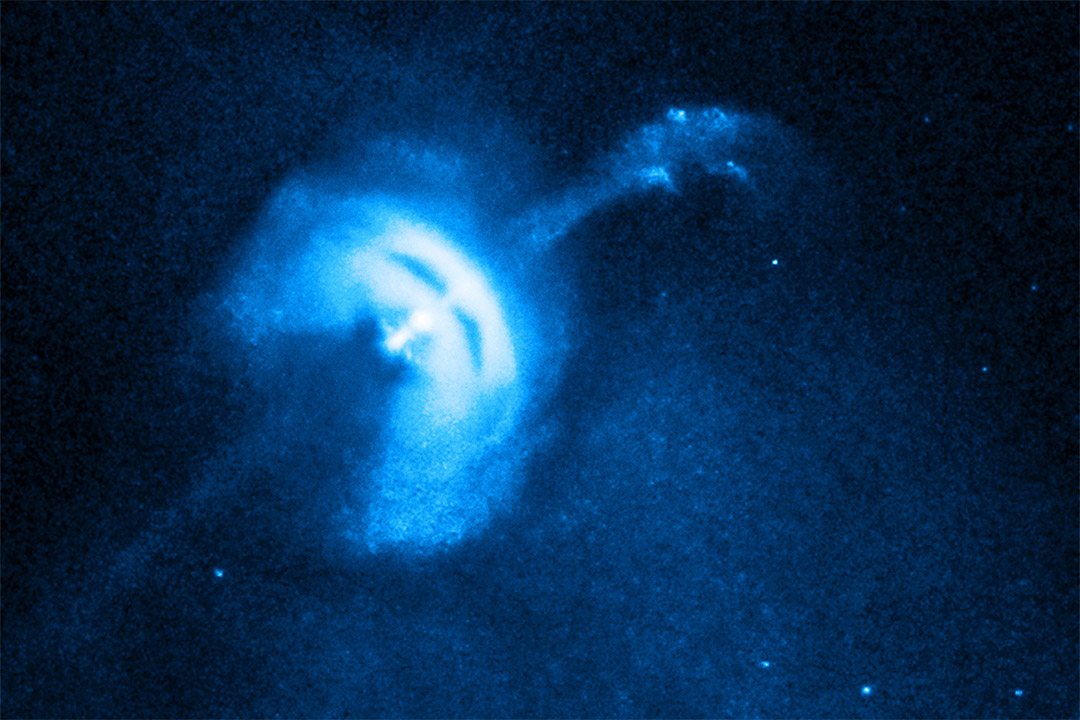 New machine learning techniques developed by scientists at Rochester Institute of Technology are revealing important information about how pulsars—rapidly rotating neutron stars—behave. In a new study published by Monthly Notices of the Royal Astronomical Society, the researchers outlined their new techniques and how they applied to study Vela, the brightest radio pulsar in the sky.

Pulsars can provide astrophysicists extremely accurate clocks because they emit beams of electromagnetic radiation, often at extraordinarily precise rates. But each pulse is different, and the sheer volume of pulses emitted leaves a lot for scientists to sift through to understand their characteristics. For example, Vela rotates about 11 times per second, providing about 120,000 pulses for scientists to analyze during a three-hour span using radio telescopes in Argentina operated by RIT and the Instituto Argentino de Radioastronomía (IAR).

“We wanted to look at the statistics of these pulses, but to do this in human terms takes a lot of time and results in a lot of mistakes,” said Carlos Lousto, lead author of the paper and a professor in the School of Mathematical Sciences. “The technology we have developed opens up a plethora of applications in astrophysics. I’m particularly excited for the students involved in this project—they have a brilliant future and will have the right preparation and background to make an impact on science with these very powerful techniques.”

The study revealed that pulses can be categorized into four clusters that correspond to emission regions at different heights in the pulsar magnetosphere, and that several times each day the pulsars emit so-called mini-giant pulses, with about 10 times the average pulse amplitude.

Lousto said their techniques could also help scientists learn more about “glitches,” large, sporadic disruptions in the rotation speed young pulsars like Vela as they cool down. While the observing run of this study occurred over four days in January and March, Vela experienced a glitch in July that the researchers plan to investigate further.

For more information, read the full study at the Monthly Notices of the Royal Astronomical Society website.