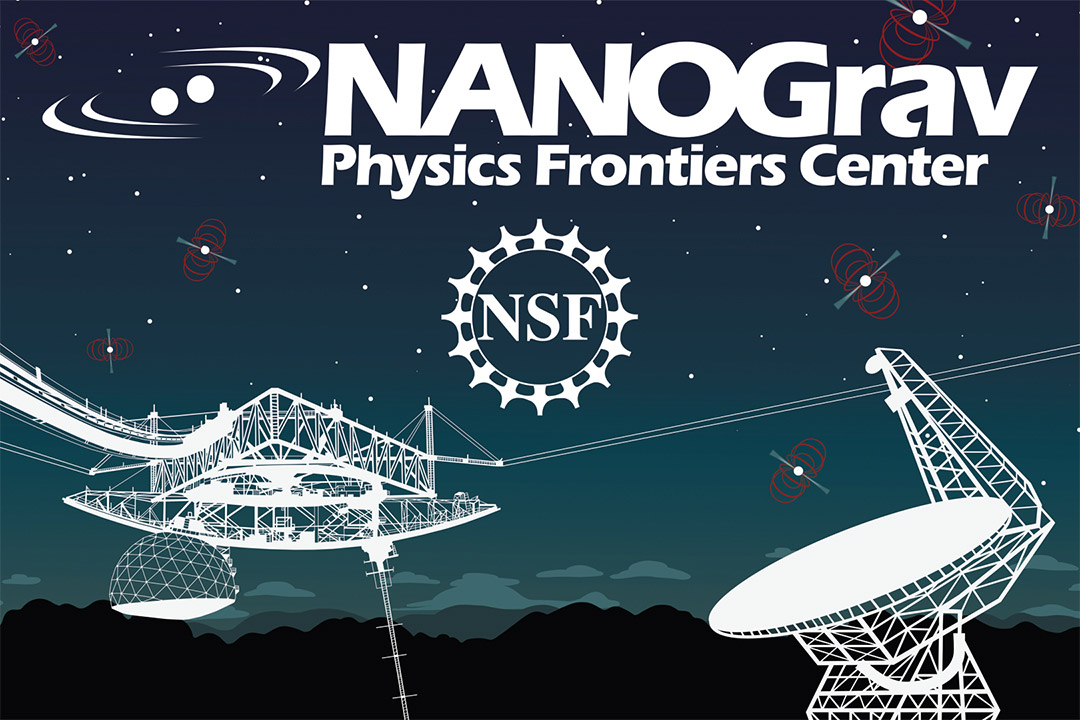 RIT will receive $703,000 over the next five years to contribute research to the NANOGrav PFC, which aims to detect and characterize low-frequency gravitational waves.

The National Science Foundation (NSF) renewed its support of the North American Nanohertz Observatory for Gravitational Waves (NANOGrav) with a $17 million grant over five years to operate the NANOGrav Physics Frontiers Center (PFC). Rochester Institute of Technology will receive $703,000 over the next five years to contribute research to the NANOGrav PFC.

NANOGrav’s low-frequency gravitational-wave detectors are millisecond pulsars—rapidly spinning, superdense remains of massive stars that have exploded as supernovas. These ultra-stable stars are nature’s most precise celestial clocks, appearing to “tick” every time their beamed emissions sweep past the Earth, like the beacon on a lighthouse. Gravitational waves may be detected in the small but perceptible fluctuations—a few tens of nanoseconds over 10 or more years—they cause in the measured arrival times at Earth of radio pulses from these millisecond pulsars.

RIT will contribute in a variety of ways to the center's research activities, including timing pipeline construction, noise characterization, and array optimization. RIT’s lead investigator for the grant is Michael Lam, an assistant professor in the School of Physics and Astronomy, and numerous other RIT faculty, postdoctoral researchers, and students are part of NANOGrav. Researchers founded NANOGrav in October 2007 and it has grown to become a highly distributed collaboration with around 200 students and scientists at about 40 institutions around the world.