Skip to main content
AstroDancing With The Stars
Source: Astrobites

Deaf and hard-of-hearing (DHH) students commonly come into and out of the classroom knowing less content than their hearing classmates (Marschark et al. 2008).  As a direct consequence, DHH students earn STEM bachelor degrees at lower rates than their hearing classmates (15% DHH vs. 25% hearing); this in turn causes the DHH community to be underrepresented in STEM fields as a whole.  It is important that we, as a scientific community, make science accessible and scientific careers attainable to all.  One such method of making astronomy more inclusive to the DHH community is AstroDance!

Created by a team of astrophysicists, science educators, dancers, computer programmers, and choreographers, AstroDance is a multi-media performance that incorporates both signed and visual components.  Based largely around gravitational wave astronomy, each scientific section of this program starts with a short story narrated in English and American Sign Language (ASL) and is then followed by an interpretive dance with music and scientifically accurate images projected on the back of the stage.  These images were largely taken from scientific work done by members of the Center for Computational Relativity and Gravitation at the Rochester Institute of Technology.  See the video below from the authors of this paper summarizing their work and showing clips from a performance.  AstroDance first premiered at the Little Theater in Rochester, NY as part of the Fringe Festival in 2012.  Following this premiere was a year-long, 20-stop tour around the Northeastern states of the US.

What did audiences take away?

After each show, attendees were asked to complete a brief anonymous survey about their experience.  In addition to demographic information {age, (binary) gender, race/ethnicity, & hearing status}, the survey asked participants to rate their enjoyment of the program, how much science they learned, and how much they participated in other science activities.  Finally, survey participants were asked to describe the performance, share what they learned, and whether they had any comments.

Of the ~20 performances of AstroDance, 971 survey responses were collected.  Though only binary gender options were presented, of the 971 responses, there were roughly equal numbers of boys/men and girls/women.  89% (866) participants offered ethnicity data (see Fig. 1 for a pie chart); all non-white ethnicity percentages are above the national average! Shown in Figure 2 is the distribution of hearing status of audience members by age.  There were roughly equal numbers of DHH members as there were hearing. 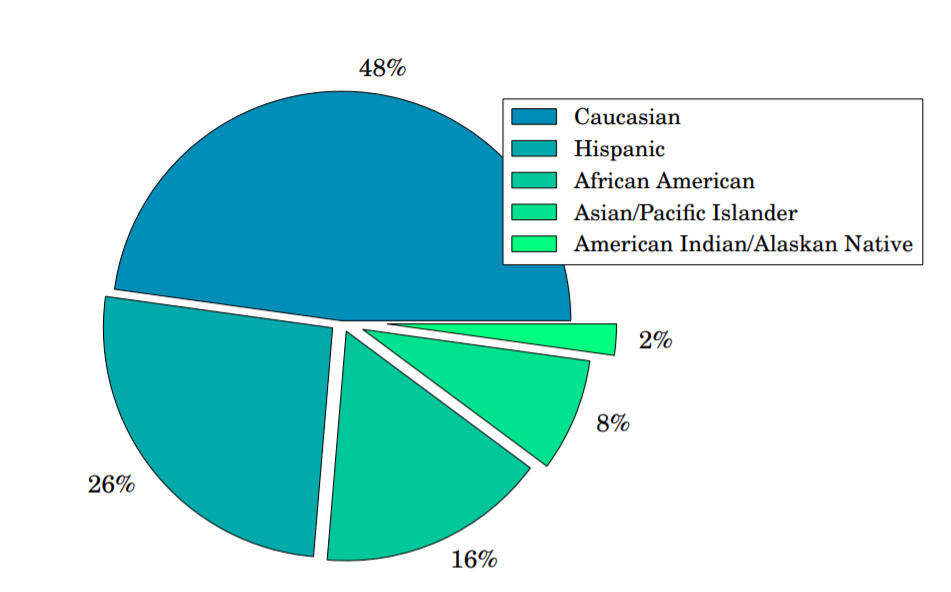 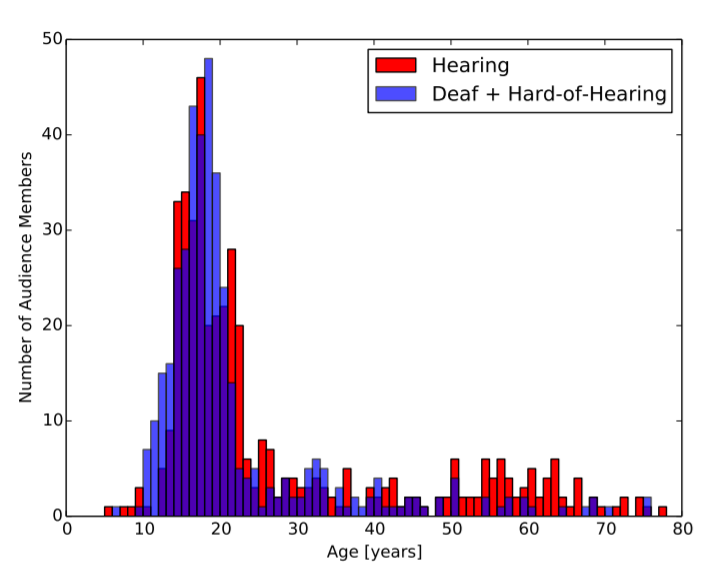 Figure 2: A histogram of survey participants with age by hearing status.  There are roughly equal numbers of hearing and DHH participants. Figure 5 in paper.

When analyzing results from the scaled questions, the authors of today’s paper enlisted an age cutoff of 22 years, as they expect a large majority of those responses are from students.  The results from these three (3) questions are shown in Figure 3.  Both the hearing and DHH groups equally enjoyed the performances, but the DHH group significantly learned more science from the performances and participated in more science related activities (p-values of 0.001 and 0.00001, respectively). 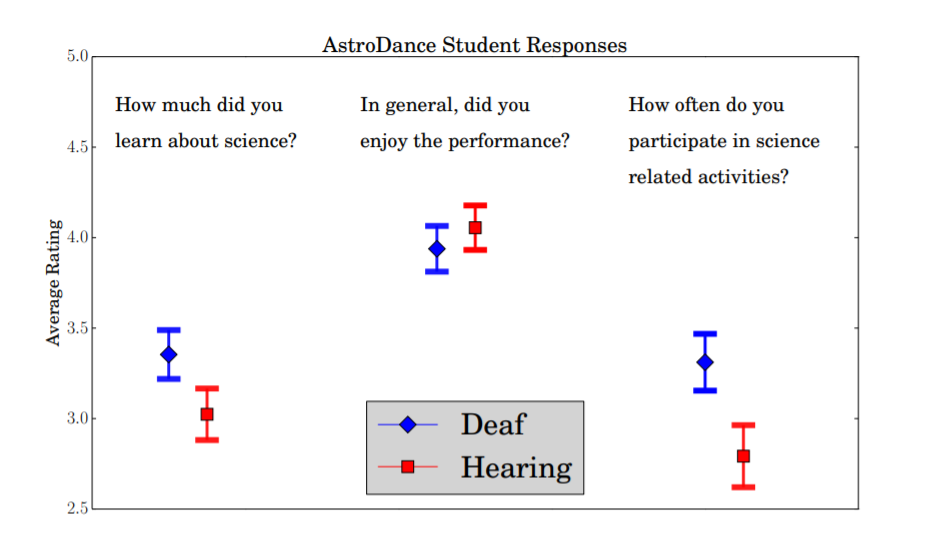 When analyzing the responses to the free-response questions, the authors chose to present a few representative responses for each in the paper.  When asked how they might describe the performance to a “friend or colleague,” many of the responses said that this performance was a positive and complementary blend of art and science.  A shared response was:

“Different from regular performances I normally attend. There was narration, sign language interpretative audience interaction/participation, glow in the dark props. Yes, I learned that scientists and artists can work together to collaborate ideas/views.”

Continuing on with the other free-response questions, when asked to explain something they had learned from the performance, many talked about the astrophysical objects taught in the show such as black holes and gravitational waves.  The last free-response question allowed survey takers to leave any comments.  The authors of the paper provided two given responses: “This is great, creative, beautiful and didactic –> do something please about cell biology” and “Artistic expression is a great way to teach an understanding of complex. scientific concepts. Beautiful costume design & props. Love the body movements forms!”

Although dance is not usually someone’s idea of what science communication can be, this program has shown that it not only can be, but perhaps should be!  The agreement between DHH and hearing students that they enjoyed the performances and learned a lot of science shows that AstroDance is an inclusive and effective science communication tool!  The fact that DHH students learned more science than their hearing schoolmates highlights the importance of a program like AstroDance even more, as it shows that it was especially effective at engaging DHH audience members.  It’s important that we, as a scientific community, take every approach to make science accessible to all, especially by trying unconventional methods.  AstroDance has offered us one way to make science, especially astronomy, more inclusive to the DHH community.  I am excited to what AstroDance inspires us all to become!