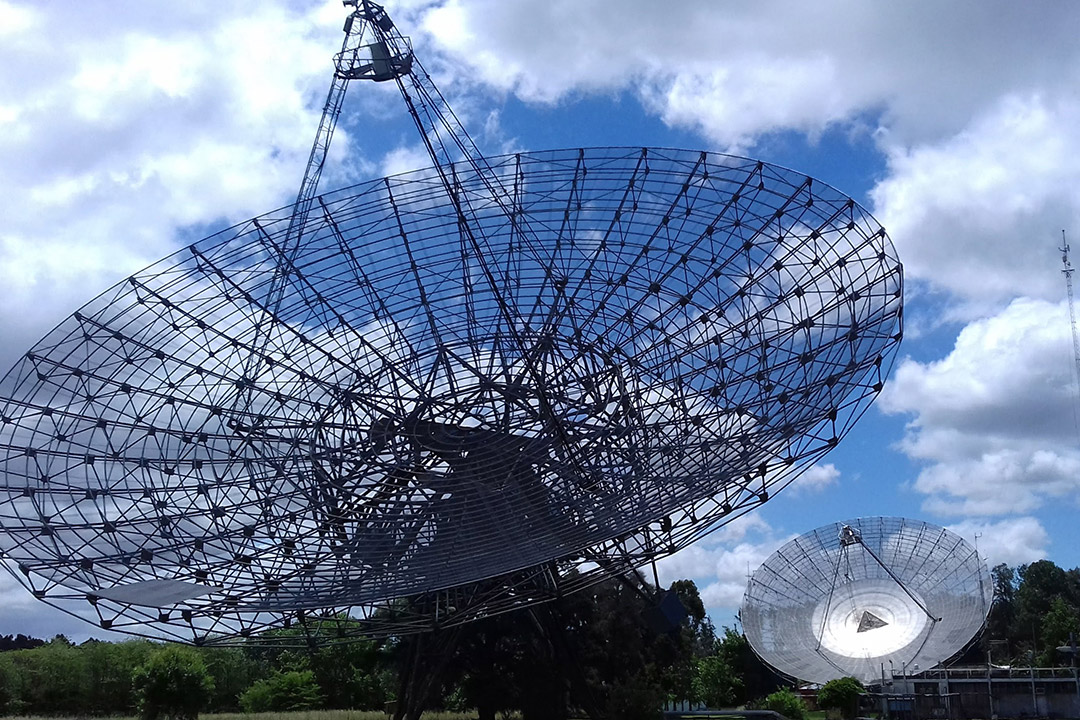 RIT and Insituto Argentino de Radioastronomía upgraded two radio telescopes in in the Pereyra Iraola provincial park near the city of La Plata, Buenos Aires, in order to study pulsars.

Rochester Institute of Technology and the Instituto Argentino de Radioastronomía (IAR) have collaborated to make the first pulsar observations from South America.

A new paper published in Astronomy and Astrophysics outlines how the team upgraded two radio telescopes in Argentina that lay dormant for 15 years in order to study pulsars. Pulsars are rapidly rotating neutron stars with intense magnetic fields that emit notably in radio wavelengths. The pulses they emit carry information about the structure of neutron stars.

Since getting the radio telescopes operational once again, the team has observed phenomena including a millisecond pulsar (J0437-4515), a magnetar (XTE J1810-197) and a glitch in the period of the Vela pulsar (J0835-4510). A glitch is a sudden change in the rotational period of the neutron star, due to a sort of quake leading to changes in the pulsar period. This is particularly noticeable in young pulsars, like Vela.

“We have opened up the possibility to directly observe and study neutron stars in the deep southern sky from our lab in the northern hemisphere,” said Carlos Lousto, professor in RIT’s School of Mathematical Sciences and a member of the Center for Computational Relativity and Gravitation (CCRG). “Those stars are not directly accessible from radio telescopes in the north because the Earth lies in between our sight line. We have also implemented a visitor program to and from Argentina that increases the RIT interactions with Hispanic scientists and culture.”

The two radio telescope antennae, each 30 meters in diameter, are located at the IAR observatory in the Pereyra Iraola provincial park near the city of La Plata, Argentina. Observations are performed remotely at RIT from the Pulsar Monitoring in Argentina Data Enabling Network (PuMA-DEN) lab by members of RIT’s CCRG.

Three years of work culminated when Professor Manuela Campanelli, director of RIT’s CCRG, and Professor Gustavo Romero, director of IAR, signed an agreement to exchange visitors, scientific projects and data. The early findings have the scientists involved encouraged about pursuing larger goals such as coordinated multi-wavelength observations with other observatories and studying transient phenomena such as magnetars, glitches and fast radio burst sources.

Several IAR students have already come to Rochester to contribute research. Lousto said he hopes to engage more students from RIT’s programs in astrophysical sciences and technology, mathematical modeling, microelectronic engineering, computer science and other disciplines involved in hands-on work both at RIT and in Argentina.