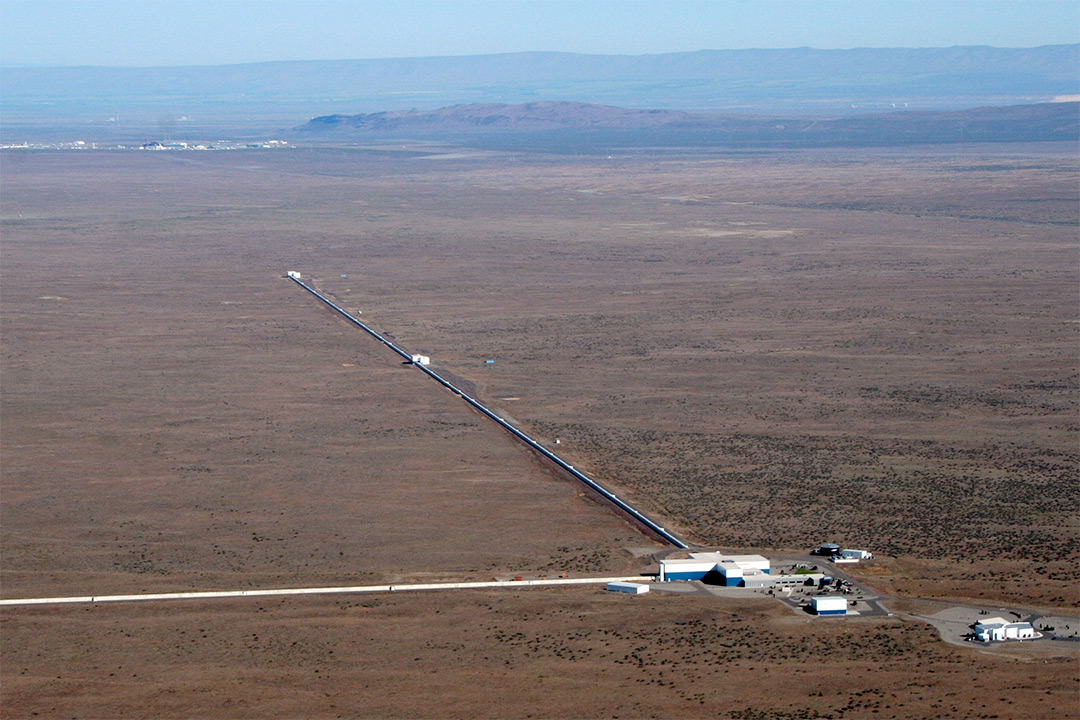 The Nobel Prize-winning project that hunts for gravitational waves— ripples in space and time—is about to begin the longest and most sensitive observational run to date. The National Science Foundation’s Laser Interferometer Gravitational-Wave Observatory (LIGO) received a series of upgrades to its lasers, mirrors and other components and will start its third Advanced LIGO observing run on April 1. Several Rochester Institute of Technology researchers who are members of the LIGO Scientific Collaboration are preparing to pore over the new data to help uncover some of the universe’s biggest mysteries.

LIGO made history with the first direct detection of gravitational waves in 2015. The ripples traveled to Earth from a pair of colliding black holes located 1.3 billion light-years away. Since then, the LIGO-Virgo detector network has uncovered nine additional black hole mergers and one explosive smashup of two neutron stars.

RIT’s Center for Computational Relativity and Gravitation (CCRG) has a large and active group of 18 faculty, students and postdoctoral researchers involved in the LIGO Scientific Collaboration. They are excited about what a new, more sensitive observing run can uncover and expect to see an even greater number of black hole mergers and other extreme events, such as additional neutron-neutron star mergers or a yet-to-be-seen black hole-neutron star merger. 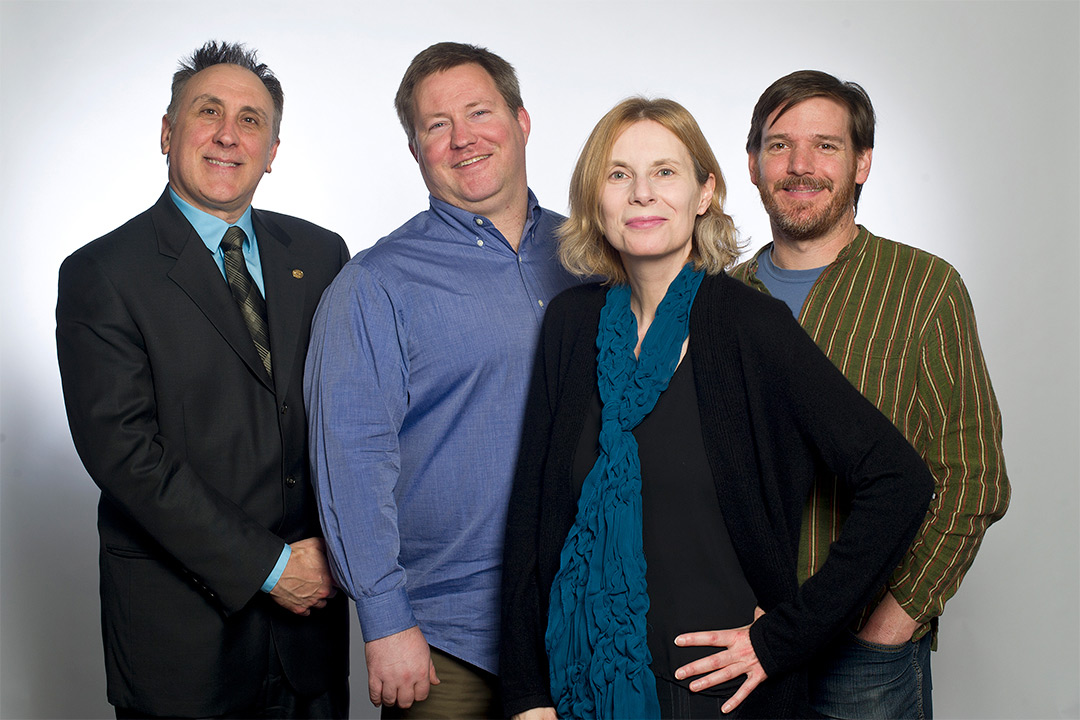 “Big data is transforming our world, not because any one individual observation or even instrument provides transformative insight, but because combining data from many of them reveals things we haven’t known before,” said Richard O’Shaughnessy, assistant professor in the School of Mathematical Sciences. O’Shaughnessy’s research focuses on how to discover and interpret gravitational waves produced by merging compact binaries like black holes and neutron stars. “With this third run, we’re at the bridge of having clues about compact binaries that were previously completely inaccessible.”

LIGO, which consists of twin detectors located in Washington and Louisiana, will be joined in the new observing run by Virgo, the European-based gravitational-wave detector, located at the European Gravitational Observatory (EGO) in Italy. The three enhanced sensors working together will allow more precise triangulation of the sources of gravitational waves. This is an important step toward multi-messenger astronomy, the coordinated observation and interpretation of different signals.

In addition to events like black hole and neutron star mergers, LIGO scientists search for weaker, continuous signals like those from spinning neutron stars, where the gravitational wave signal could be identified using a long stretch of data.

“As someone studying continuous waves, the improved sensitivity and the longer observing run means we can probe into our sources in a more interesting way,” said John Whelan, associate professor in the School of Mathematical Sciences and principal investigator of RIT’s group in the LIGO Scientific Collaboration. Whelan develops and implements methods to search for gravitational waves and currently leads an effort targeting Scorpius X-1, one of the most promising sources of continuous gravitational waves. “Scorpius X-1 is the first source of x-rays discovered outside the solar system. It is the brightest continuous source of x-rays besides the sun, and it’s a binary system of a neutron star and another less massive star.”

The observing run is expected to last roughly one year, and researchers at RIT expect to begin publishing new findings based on the observations later this year and will have more once the run is complete.

Professor Manuela Campanelli, director of the CCRG, said: “We are very excited about the science that will come out of the new observation run, especially within the context of multi-messenger astronomy. LIGO is an important tool to help reveal the hidden side of the universe and I am proud of the faculty, students and postdoctoral researchers that are a part of the LIGO Scientific Collaboration.”

More Information about the LIGO-Virgo collaborations:

LIGO is funded by NSF and operated by Caltech and MIT, which conceived of LIGO and led the Initial and Advanced LIGO projects. Financial support for the Advanced LIGO project was led by the NSF with Germany (Max Planck Society), the U.K. (Science and Technology Facilities Council) and Australia (Australian Research Council-OzGrav) making significant commitments and contributions to the project. Nearly 1,300 scientists from around the world participate in the effort through the LIGO Scientific Collaboration, which includes the GEO Collaboration. A list of additional partners is available at https://my.ligo.org/census.php.

The Virgo Collaboration is currently composed of approximately 350 scientists, engineers, and technicians from about 70 institutes from Belgium, France, Germany, Hungary, Italy, the Netherlands, Poland, and Spain. The European Gravitational Observatory (EGO) hosts the Virgo detector near Pisa in Italy, and is funded by Centre National de la Recherche Scientifique (CNRS) in France, the Istituto Nazionale di Fisica Nucleare (INFN) in Italy, and Nikhef in the Netherlands. A list of the Virgo Collaboration members can be found at http://public.virgo-gw.eu/the-virgo-collaboration/. More information is available on the Virgo website at http://www.virgo-gw.eu.