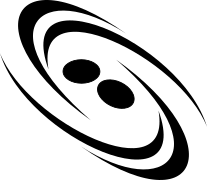 Multimessenger astrophysics (MMA) combines different means of observation such as electromagnetic and gravitational waves (GWs), as seen in the 2017 LIGO-Virgo observation of a binary neutron star inspiral associated with a gamma-ray burst, followed by multiple observations of an electromagnetic counterpart. A promising MMA target is the low-mass X-ray binary (LMXB) Scorpius X-1, long studied in the X-ray, radio and optical spectral regions. This binary star system consists of a neutron star, an extremely dense object more massive than the sun and the size of a city, together with a less massive star, the outer layers of which are being pulled onto the neutron star by its gravity. The neutron star is believed to be spinning tens to hundreds of times a second, and is one of the most promising sources of long-lived gravitational waves. The goal of this project is to detect or further constrain those waves, which will broaden the field of Gravitational Wave Astronomy beyond the short-lived GW signals observed so far by LIGO and Virgo.

This project will involve faculty and students of the Rochester Institute of Technology, who will conduct the most sensitive search ever for GWs from Sco X-1 using data from the upcoming fourth observing run of the Advanced LIGO, Advanced Virgo, and KAGRA detectors, probing the range of plausible signal strengths over a wide range of frequencies. The program will also be extended by 1) comparing search methods for Sco X-1 with mock data validation, 2) expanding the search to other LMXBs, and 3) investigating a hierarchical follow-ups to searches for neutron stars in binary systems, including previously unobserved objects. It will also enhance the sensitivity of a variety of continuous-wave searches by incorporating an improved detection statistic into the LSC algorithm library. The search for the Sco X-1 is considered a "highest priority" by the LIGO scientific collaboration, and this grant will be instrumental in maximizing its success.

This award reflects NSF's statutory mission and has been deemed worthy of support through evaluation using the Foundation's intellectual merit and broader impacts review criteria.