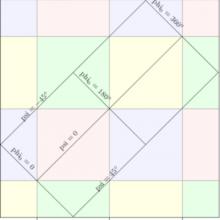 In this project, techniques will be developed and tested to analyze data from advanced gravitational wave (GW) detectors including the Laser Interferometric Gravitational-Wave Observatory (LIGO) to search for GWs from astrophysical objects. There are two main targets of this project: rapidly rotating neutron stars (extremely dense objects more massive than the Sun and the size of a city, spinning tens to hundreds of times every second), and binary systems of black holes and/or neutron stars in the last seconds of the breakdown of their orbits due to GW emission.

Gravitational waves (GWs), distortions of the geometry and space and time predicted by Einstein's General Theory of Relativity, provide a new window on the universe, allowing us to supplement the range of information available from different parts of the electromagnetic spectrum and from cosmic ray and neutrino observations. A modern generation of detectors including LIGO has been built and recently completed several years of observations which have resulted in limits on the strength and frequency of GW signals. These detectors are currently being upgraded to their advanced configuration, with an increased sensitivity which should provide the first direct GW detection in the near future. This project will involve faculty and students of the Rochester Institute of Technology in laying the groundwork for that first detection and the resulting groundbreaking expansion of our knowledge of the universe. In addition to the search for GWs, visualizations will be produced of gravitational-wave propagation and detection which will aid the general public's understanding of the science done by LIGO.