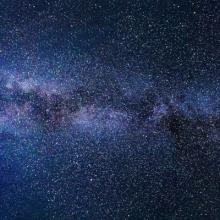 This project will study the dynamical evolution of dense clusters of stars and stellar remnants - white dwarfs, neutron stars, and black holes - around super-massive black holes (SMBHs) in the centers of galaxies like the Milky Way. Recent work by the Principal Investigator and collaborators has shown that the evolution of such a dense cluster of black holes is driven by a complex interaction between gravitational encounters among the BHs and relativistic effects due to the SMBH. This project will extend that work, using a new computational algorithm that can efficiently simulate systems with larger numbers of gravitating bodies. The effects of spin of the SMBH will be included for the first time; spin induces a frame-dragging torque on the orbits, and an inverse torque exerted by the orbiting bodies on the SMBH, altering its spin direction. Further simulations will study clusters containing a distribution of remnant masses, and clusters containing binary black holes. The goals are to increase fundamental understanding of the dynamical mechanisms that control the long-term evolution of dense galactic nuclei around SMBHs, as well as to evaluate the rate at which compact objects are captured by the SMBH, potentially generating gravitational waves. The computer code will be made publicly available near the end of the award period. The project will support the work of a graduate student, who will also acquire skills in supercomputer system management. The Principal Investigator will give public outreach presentations at a local science café venue.