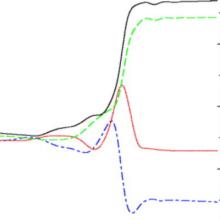 The merger of binary supermassive black holes (SMBHs) and the possibly substantial kick that follows will have a major effect on both circumstellar disks surrounding each SMBH as well as the circumbinary disk surrounding the system, These phenomena may play a crucial role in interpreting a number of objects observed with HST, including binary active galacitic nuclei (AGN) and 'naked' quasars displaced from the centers of their host galaxies. Recent scientific breakthroughs (in large part by our group) in solving the Einstein's field equations in strong field gravity have enabled computational astrophysicists to study these dynamical effects in great detail. One of the most important discoveries is that the merger of spinning black holes can yield recoil velocities from gravitational radiation up to 4000 km/s. Several candidate recoiling SMBHs may have been observed, but uncertainties in the theoretical predictions for observing such systems limit the ability to confirm detections. In this proposal we describe a plan to simulate in full general relativity the mergers of SMBHs embedded in accretion disks, determining how these extremely large kicks influence the resulting observational signatures observable by HST. These effects should include, but may not be limited to, periodic emission from the initial binary system, bimodal emission from disks with induced eccentricities, and highly red/blueshifted broad line emission relative to narrow line emission from the portion of the disk carried away by the recoiling SMBH after the merger.